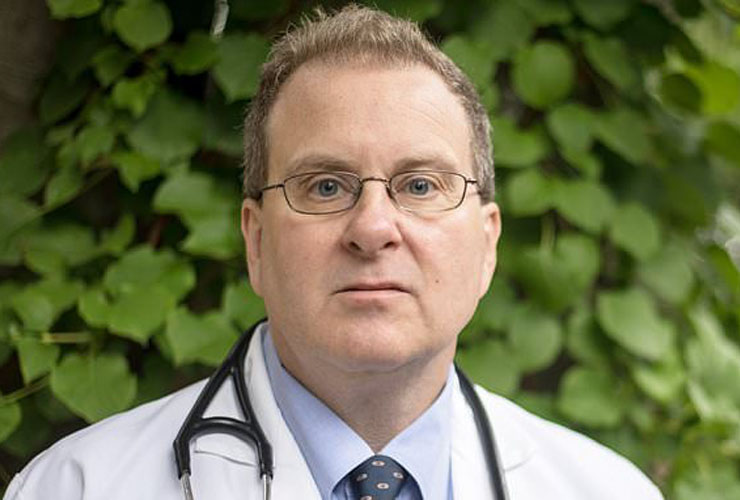 Coinciding with the adult use legalization of cannabis across North America, an opioid epidemic has emerged. It is estimated that more than 130 people die each day due to opioid overdose in the United States alone, according to the U.S. Department of Health and Human Services (HHS). The organization reported that, in 2017, nearly 50,000 Americans died from overdose of these analgesic drugs, while a whopping 2 million misused them.

How did this health emergency occur? In part, pharmaceutical companies in the late 1990s made claims that their then-new products (intended mostly for the treatment of pain) were not addictive. This reassured doctors and healthcare professionals that prescribing opioids was safe, triggering mass adoption and millions of consumers of these potentially dangerous drugs that have proven to be highly addictive (and are sometimes prescribed to children).

Unfortunately, mass endorsement by doctors and the medical establishment has contributed to widespread addiction to these pharmaceutical drugs. In response, government and medical oversight bodies have begun to monitor and limit individual prescriptions. Unfortunately, this often results in severe substance abusers simply turning to even more dangerous street drugs, such as heroin and synthetic opioids like fentanyl, continuing the cycle and further exacerbating the problem.

The issue has become so extreme that many leading healthcare agencies, including HHS, the National Institute on Drug Abuse, and the Centers for Disease Control and Prevention have officially deemed it both a public health “crisis” and “epidemic.”

Few medical professionals better understand the reality of opioid addiction and how the cannabinoids and terpenes produced by cannabis can be employed as an adjunct therapy in the successful treatment of the disease than Dr. Peter Grinspoon.

A Harvard-trained primary care physician with a clinical practice in Boston, Grinspoon teaches at Harvard Medical School and is a board member of Doctors For Cannabis Regulation. He documented the addiction he suffered during the early 2000s and his resulting recovery—assisted by the use of cannabis—in his 2016 book Free Refills.

In an exclusive interview with the Strainprint Community, Grinspoon provided insight into the current prescription painkiller epidemic and how cannabis may help some patients to overcome their affliction.

Curt Robbins: “Recent statistics indicate that North America is suffering an opioid epidemic. As a medical professional who has personally experienced opioid addiction and treats patients who suffer addiction, what is your perception of the situation? Is it a true epidemic?”

Dr. Peter Grinspoon: “The opiate crisis is totally out of control in the United States and Canada isn’t far behind. In the U.S., we lose more people each year to opiate overdoses than died in the entire Vietnam War. It is absolutely an epidemic.

“As a healthcare provider, I feel a sense of helplessness when I lose patients. But as someone who has been addicted to opiates, I understand how utterly and completely opiates can hijack one’s brain and start, in effect, calling the shots and making the decisions.

“In retrospect, my addiction was a terribly frightening situation! I did things when addicted that I never would have done…unethical things…and I had some close calls. I try to remember this when I care for patients who are addicted and to remain as patient and empathic as possible. Humility and connecting with others are the cornerstones of recovery, along with some of the fantastic new medications at our disposal.”

CR: “How does cannabis, and its constituent medicinal molecules called cannabinoids and terpenes, play a role in helping those suffering opioid addiction?”

PG: “There are a variety of ways. First, one can prevent future opioid addiction by using cannabis instead of opioids for chronic pain. This is because we know that a certain percentage of patients who use opiates will become addicted to them (the exact percentage is a subject of debate).

“Use of cannabis can help chronic pain patients decrease their dosage of opiates by around 80 percent because the cannabinoids and opiates tend to exert their analgesic effects on the same receptors. This is critical, because much of the harm that opioids cause is dose related. Moreover, motivated patients can be transitioned off of chronic opiate treatment and onto cannabis, which is obviously much safer.

“In terms of people who are actively addicted to opiates, many (myself included) have found cannabis to be an effective medication for withdrawal symptoms—both on it’s own and in the context of methadone and buprenophine treatment programs. Studies have shown that cannabis users do not do worse and, in fact, may have higher retention than non-users in some of these programs.

“The one indication that many patients may swear by, but which I am not yet comfortable recommending due to lack of evidence, is using cannabis as an opiate replacement therapy instead of methadone or buprenorphine. While many have claimed that cannabis has worked for them in this capacity, there just isn’t enough evidence yet for a doctor to recommend this as treatment. The downside, if it doesn’t work, is an overdose. That’s simply too high a price to pay. That said, I wouldn’t be surprised if cannabis becomes a treatment of choice in the future.”

CR: “Tetrahydrocannabinol (THC) is arguably the most controversial molecule produced by the cannabis genome, largely due to its psychoactive effects. Are the medical benefits of this chemical being eclipsed by its psychotropic efficacy and a fear of euphoria within some conservative communities and cultures?”

PG: “Absolutely. While virtually every human society has used intoxicants for pleasure and religious purposes, our society is extremely puritanical and hypocritical about which intoxicants it sanctions. This, of course, has to do with the complex history of cannabis, which has been heavily influenced by racism, competing commercial interests (the alcohol industry and big pharma), and politics.

“This is particularly ironic given how much safer, by all measures, cannabis is than alcohol. The U.S. government has gone to extraordinary lengths to stigmatize cannabis. It is only recently that more than a minority of people have been able to see beyond the forty years of sustained propaganda. It saddens me that doctors, in general, are not on this vanguard.”

CR: “What is the role of cannabidiol (CBD) and THC ratios in helping patients, including those with opioid addiction?”

PG: “There is some interesting new research about CBD’s potential role in alleviating addiction to opiates, as well as to stimulants, nicotine, and alcohol. But much more research needs to be conducted. Generally, THC with CBD is more effective than THC alone for most medical uses.”

CR: “More than 200 terpenes can be produced by the cannabis genome. What role do they play in providing relief to patients of all types for generalized conditions such as pain, anxiety, and inflammation?”

PG: “Terpenes, along with the different cannabinoid profiles, essentially differentiate the various chemovars. We are just at the dawn of a profoundly exciting age of scientific discovery and exploration into this topic. However, I worry that people may be making claims for terpenes that haven’t yet been fully substantiated by the scientific literature, such as when cannabis providers give patients things such as ‘individual terpene profiles.’”

CR: “How critical is dosing in terms of patients gaining the maximum benefit when consuming cannabis products, including CBD, THC, and terpenes?”

PG: “Dosing is somewhat of an iterative and trial-and-error process. I always caution patients to start low and go slow. Anxiety is a good example of a negative side effect because the dose response generally tends to be biphasic. In other words, in low doses, THC can decrease anxiety; in higher doses, however, it can do the opposite, exacerbating anxiety.

“In this example, the dosing would be critically important. As with any medication, there is ideally a ‘sweet spot’ where we can obtain effective benefit without triggering unwanted negative side effects. Most of the side effects seem to come from THC, so that is what people should keep a close eye on.”

CR: “One of the most common queries I receive pertains to consumption avenues and bioavailability. What do you believe are the optimal avenues of consumption for cannabis products for seriously ill patients? Do they vary based on use case and subjective efficacy?

PG: “Yes, I would say that it varies greatly, with a few generalities. Tolerance can be a big issue. Often, larger doses in the form of edibles are required to get around this. Edibles also prevent patients from continuously vaping, which can become irritating to the lungs. Edibles should be considered long-acting pain control, with vaping serving as more of an ‘as needed,’ or adjunct treatment, for breakthrough symptoms.

“Sublingual preparations are also a very convenient way for patients to consume cannabis. For example, a physically impaired hospice patient, just as they can receive morphine sublingually, can also enjoy this non-invasive and comfortable consumption avenue for cannabis.

Of course, it is important to frequently and carefully monitor the patient to ensure that they are receiving true symptom control and not getting such a potent dosage that it causes unwanted symptoms, such as anxiety or excessive mental status changes.” 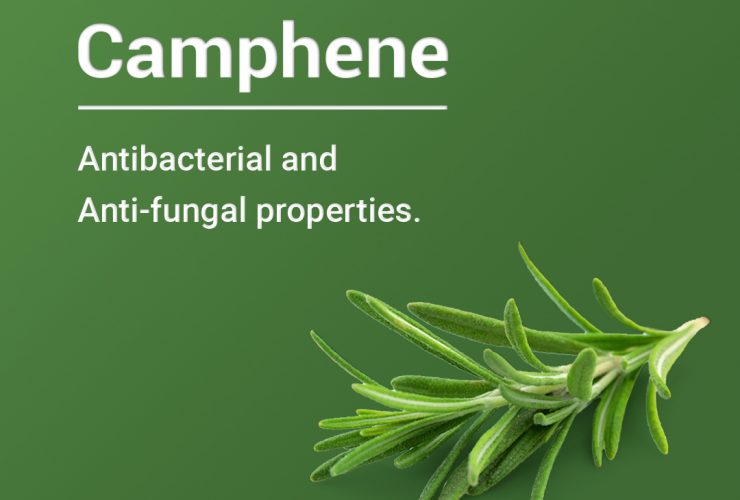 Camphene, sometimes called comphene, is one of more than 200 terpenes discovered to date in hemp and cannabis. Terpenes are aromatic molecules once thought to convey only aroma and, from an evolutionary functional perspective, to protect a plant from pests and predators. In recent years, however, much clinical research, in addition to anecdotal evidence, has […] 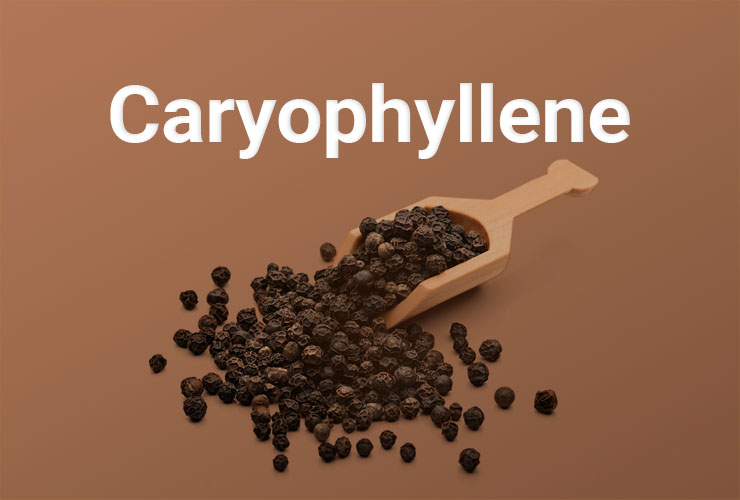 Welcome to the Strainprint Community Understanding Terpenes Series. Before diving into the details behind beta-caryophyllene (BCP, caryophyllene, or β-caryophyllene), the molecule produced by cannabis known for its categorization as both a terpene and a cannabinoid that provides pain killing and anti-inflammatory benefits, it behooves readers to develop a solid understanding of terpenes as a category of wellness molecule. Patients […] 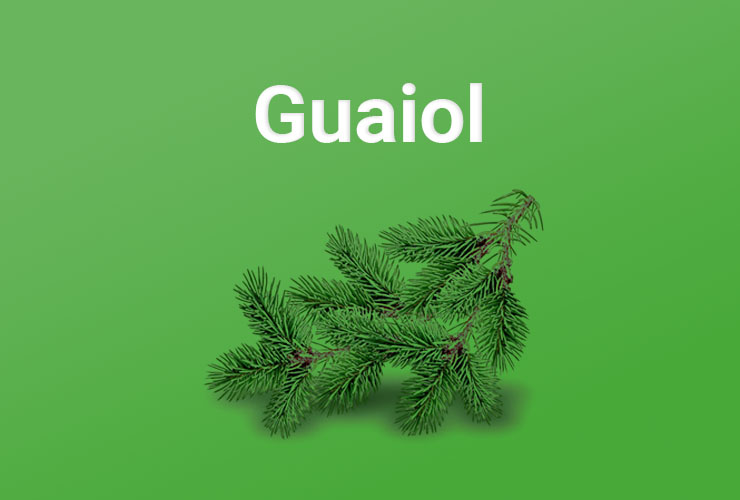 Welcome to the Strainprint Community Cannabis Terpenes Series. Before diving into the details behind guaiol, the multi-talented terpene produced by cannabis known for its anti-inflammatory and anti-fungal properties (making it effective in fighting bacterial infections), it behooves readers to develop a solid understanding of terpenes as a category of wellness molecule. Patients gain advantage by knowing how terpenes compare to […]

This site installs cookies on your device to deliver content specific to your interests, assist navigation on our site and to third party sites and analyze the use of our site to make it better. To know more about our cookies or how to disable them, read our Privacy Policy, here.